The Maremma regional park is better known as Uccellina park, from the name of the small mountain range that overlooks it.
It extends for 25 kilometers from Talamone to Principina a mare.

From a naturalistic point of view, the Maremma Regional Park is a perfect ecosystem!
The different environments merge in harmony with each other.
The Uccellina mountains with oaks and Mediterranean scrub; the pine forest behind the wild and uncontaminated beach; the pastures with Maremma horses and cows; the mouth of the Ombrone river with its wetlands. And then wild boar, roe deer, foxes, hedgehogs, badgers, porcupines, turtles.
There's really something for everyone!

To be able to maintain this park in these optimal conditions, of course, very precise rules were required for its visit. 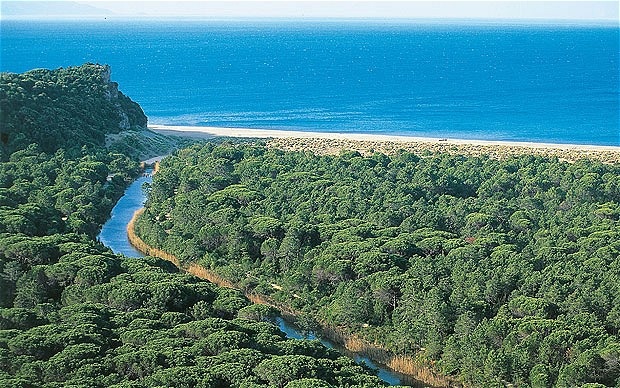 Information on the Park

The park is open every day of the year.
Before entering you must purchase the entrance ticket, online or at the Alberese Visitor Center, Via Bersagliere, 7/9 - Alberese (Gr).

From autumn to spring, the visits are without driving, just bring the trail map with you.
A limitation wanted by the park is the prohibition of bringing pets, even on a leash, because they could disturb many species of wildlife. Furthermore, some pathologies "physiologically" present in wild populations could be transmitted to the dog by means of excretions possibly present on the ground or on vegetation.

During the summer, fire prevention regulations apply, so only guided tours can be performed, except for a couple of nature excursions from the entrance of Talamone. (the entrance ticket can also be purchased at the Talamone aquarium)
The departure for the Alberese itineraries is in the area of ​​"Pinottolai" (road of the sea). Once you have bought your ticket at the Visitor Center, you can take the Line 17 bus and get off at the "Pinottolai" stop. 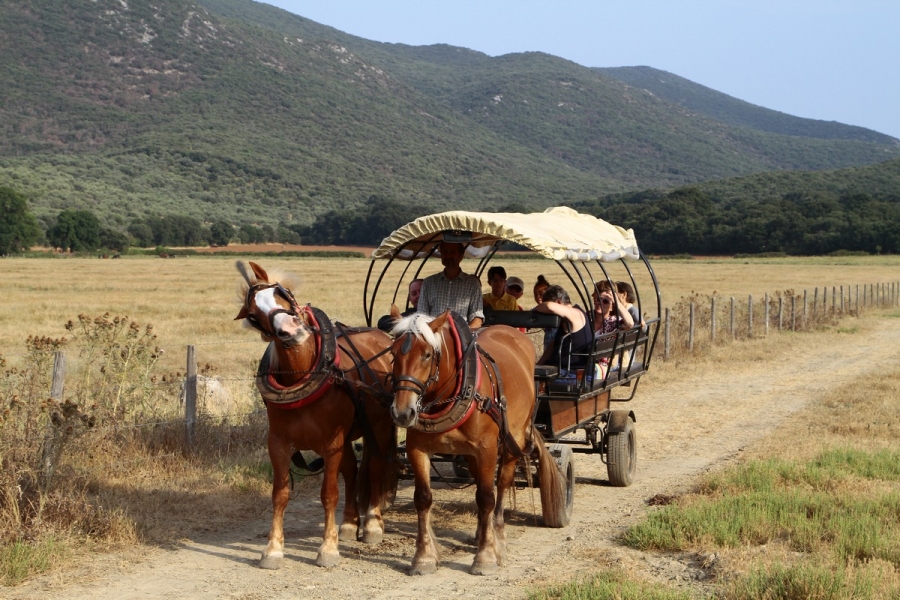 How to visit the Maremma Regional Park?

The park can be visited in different ways:

For information and reservations call the Park Visitor Center 0564 - 393238

To find out more about the itineraries, the park's official website is www.parco-maremma.it where it is also possible to download the dedicated app. 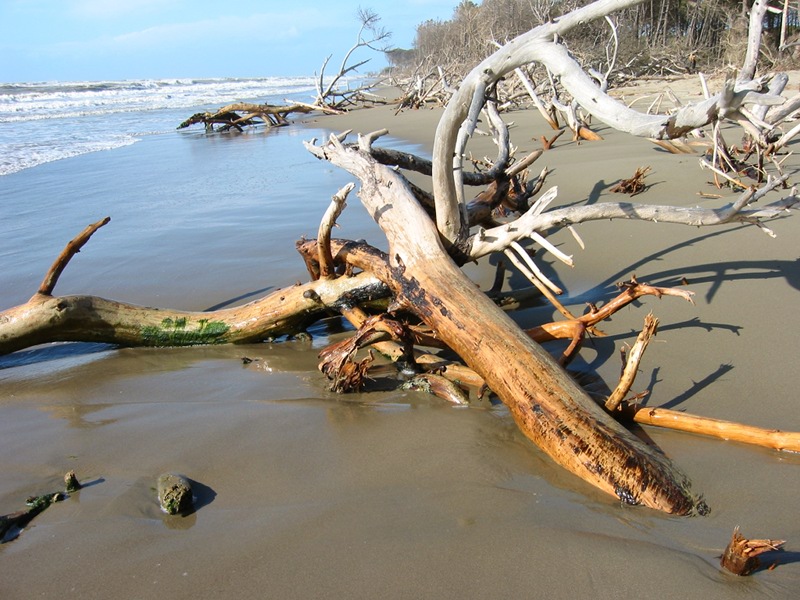 The beach of Marina di Alberese is very long and with fine sand. The trunks carried by the storms make it wild.

Do not collect anything from the surrounding nature and do not leave the shadow of your passage, not only for the fines you would incur but above all to help leave this wonderful unspoiled place!

Don't stop near the parking lot! Arm yourself with good will and head to the left, it will be worth it. Deserted beach and clean sea in direct contact with nature.

The southernmost area is a naturist's paradise!

Getting here by car can be a problem especially in summer. Parking is limited! Take the shuttle service from the Visitor Center in Alberese. 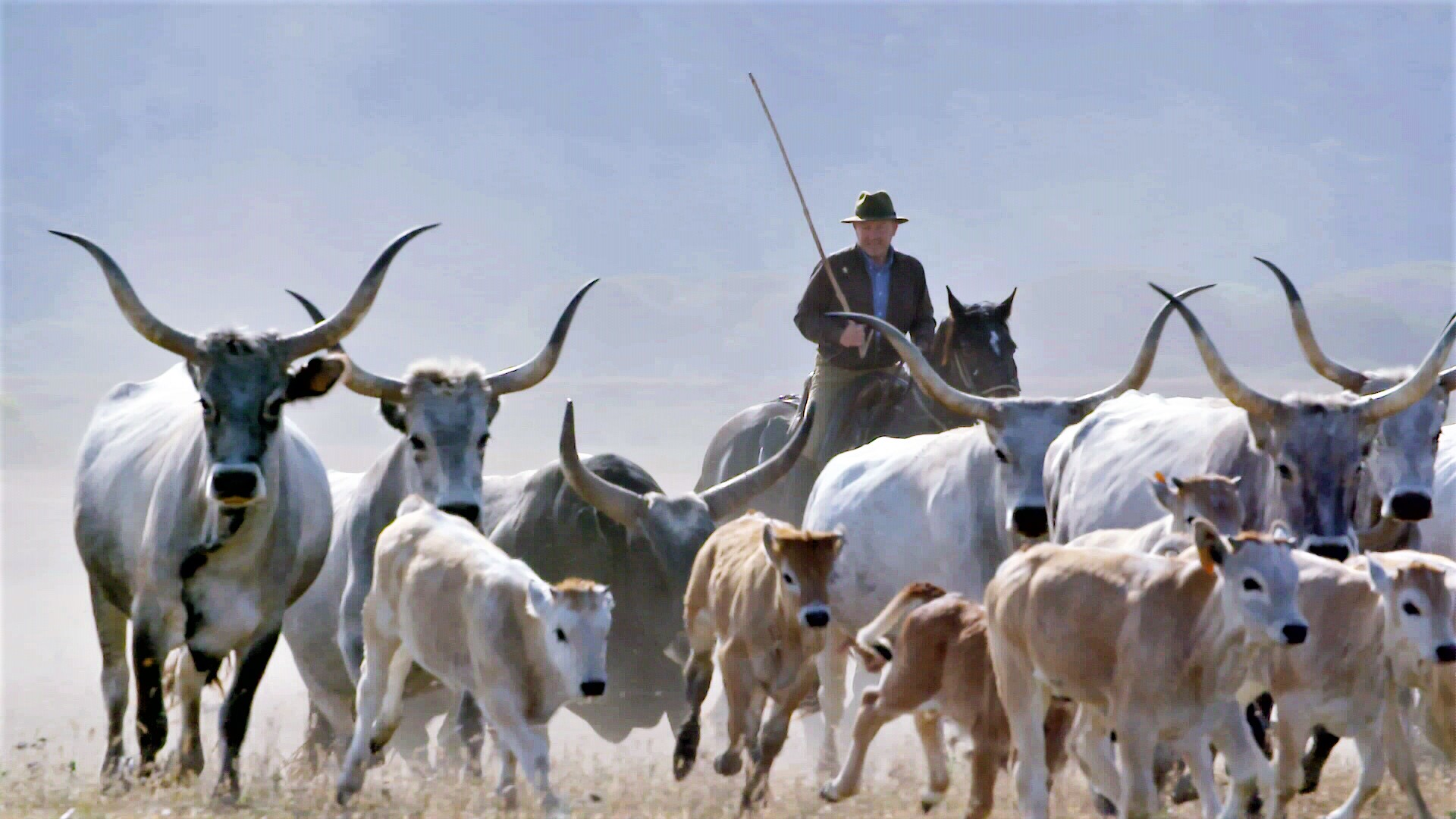 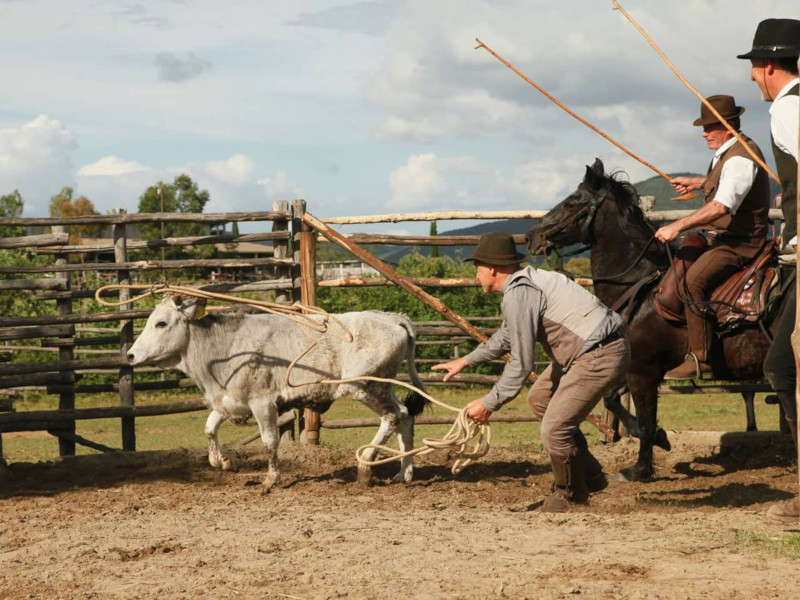 The Tuscan Regional Terre Public Entity brings together some of the farms owned by the Tuscany Region. Among these, the Tenuta di Alberese is one of the largest companies in Europe conducted with the organic farming method.

The main itineraries for visiting the park are located within the Alberese estate and the offices of the same are inside the old company mill.

At the Alberese Estate still resists a trade that belongs to the ancient traditions of the Maremma: the buttero. The presence of large spaces and herds of brady animals makes the work of the pockmarker necessary and irreplaceable, which the Region of Tuscany has included among the ancient crafts at risk of disappearing.

Until recently, the buttero was an irreplaceable figure in the Maremma; he was the man in charge of the care of the beasts who reached the rugged Maremma horses on his back, the symbol of this ancient land and the guardian of the millennial secrets of his trade. In modern times it is above all folklore and today there are few real cowboys left. At the Alberese Estate four butteri work.

On May 1st of every year, at the sports field of Alberese the "Merca del cattore" is held, where you can see the butteri at work: the capture of the calf, the branding on fire, the gathering of the cattle.

A small far west where the cowboys have nothing to teach the legendary American cowboys ... .... after all, even Buffalo Bill has been in Maremma: it's history! 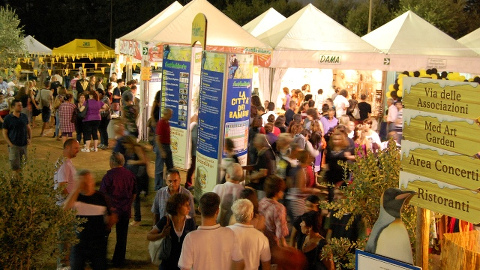 At the gates of the Maremma Regional Park, in the Rispescia area, every year, in August, the most important Legambiente event takes place.

At Festambiente everything is strictly biological and eco-sustainable. Two weeks of concerts, shows, the bio-market, debates, workshops, children's entertainment, and much more.

An appointment you can't miss!

Festambiente is the most important national event with zero impact of Legambiente. The party was born in 1989 and is held in the month...

The pink flamingos of the Orbetello lagoon

The pink flamingos, coming from the French region of the Camargue, come to spend the winters in the Orbetello lagoon. When to see the...

Natural reserve of the WWF of the lagoon of Orbetello

The Orbetello lagoon is home to one of the oldest reserves of WWF Italy. Thanks to its position along the migratory routes, it is the...

The writing placed on the entrance gate: "Hic Terminus Haeret", "Here the boundaries adhere", alone, presages what you will find inside...

The vicious butterfly of Capalbio

In addition to a large number of VIPs, there is also a beautiful butterfly that has chosen to live in the Argentario and in the...