Exciting to be in the presence of this millennial tree, among the oldest in Europe.
A real green monument. 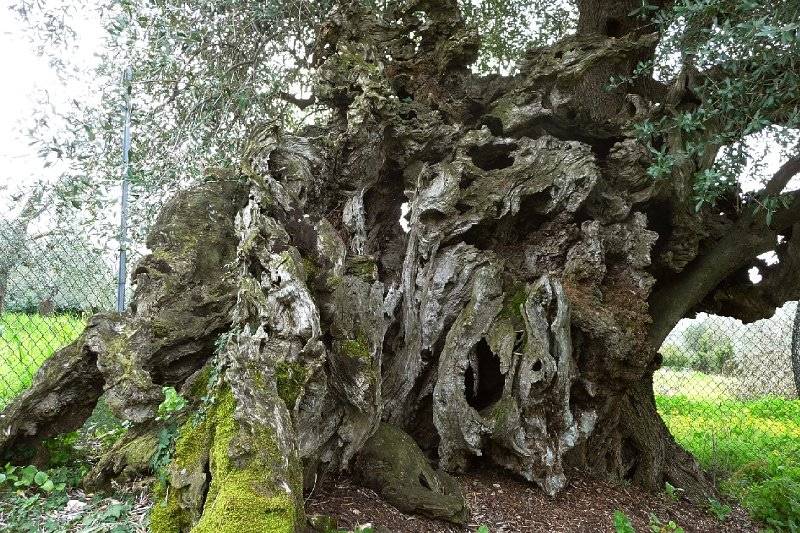 The olive of the Witch

The Olive Tree of the Witch is behind the church of the Santissima Annunziata overlooking Piazza Don Sturzo, where the town of Magliano in Toscana begins. Enter the gate next to the church and continue for a few meters, then turn left and you will find yourself in the olive grove. The olive of the Strega is recognizable as it is the only one to be enclosed by a metal net that protects it from the numerous visitors, some of whom had the vandalistic habit of removing some twigs as a souvenir of the visit.

His age is estimated at around 3000-3500 years. Even older than the olive trees in the Garden of Gethsemane. Its dimensions are truly record-breaking, just think that the shaft has a circumference of 8 and a half meters and that its height reaches 10 meters. 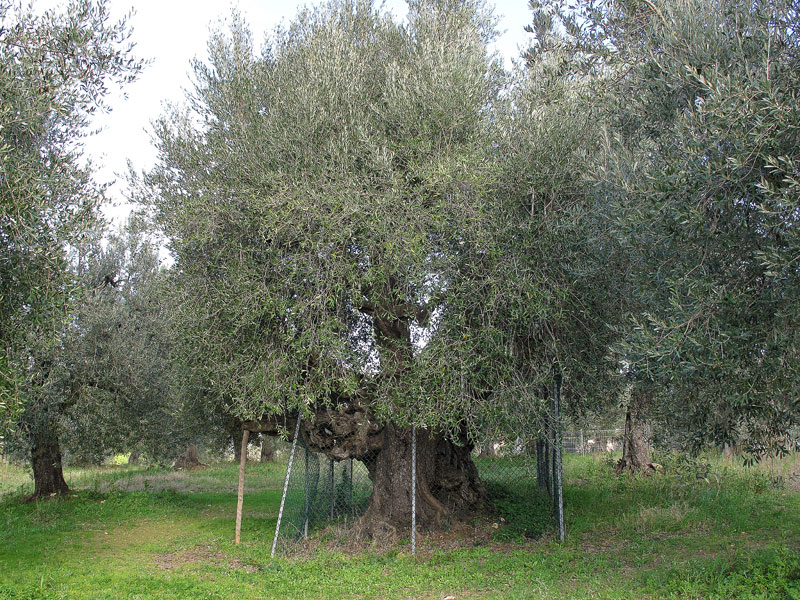 The current state of the Olive

Most of the stump is dead and somehow petrified, but there is a live sucker that produces olives every year.

The current state of full decay is confirmed by C14 analyzes, which, in addition to placing the new tree at 290 years, indicate that it remains about 1/3 of the original extinct structure, whose advancement foresees an arc about 90 years for the disappearance (G. Bongi, EVO project (Inheritance and value of ancient olive trees)). 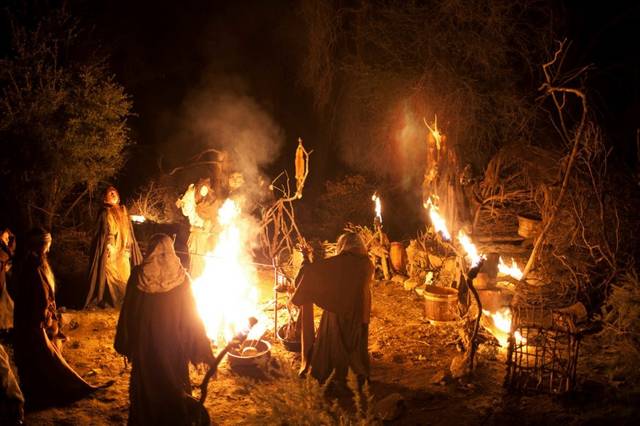 There are many legends that see this tree as the protagonist.

According to ancient legends handed down from the popular oral tradition, pagan rites were consumed around the tree and, after the invocation of the priests, the olive tree twisted in an incredible way, taking on disturbing forms so that it was considered a kind of witchcraft and also for this was called Olivo della Strega.

It is said that during the Middle Ages the Maremma witches gathered at the foot of our olive tree to exalt the devil with their sabbath.
But the most widespread legend tells of a witch who danced around the olive tree every Friday during her sabbatical rituals, forcing the plant to squirm to the current shape. At the end of the ritual the witch turned into a huge cat with eyes of fire and remained to watch the tree all night, throwing mournful meows.

It is also said that a witch, to protect the olive tree, once threw olives, hard as stones, against a boy who had thrown a stone at a robin hidden among the branches of the plant.

But the most popular legend among the inhabitants of the Maremma is that of the olive tree which began producing beans instead of olives.

In 1911 Nicolosi, in 1967 Mazzolai, known historian of the Maremma, and also other occasional authors speak of the olive tree as "the miraculous tree that had made the beans".

The name itself said it, "mal-aria" bad-air, the pestiferous fumes emanating from the swamp! This was believed to be the cause of the...