The name itself said it, "mal-aria" bad-air, the pestiferous fumes emanating from the swamp! This was believed to be the cause of the disease before the discovery of the Anopheles mosquito plasmodium. Quinine and reclamation have eradicated this scourge.

The word maremma was born with a lowercase m which indicates a marshy region near the sea, where dunes and bobbins prevent waterways from flowing freely with the result of creating marshes and swamps. Since the largest Maremma in Italy, the largest and raged by malaria, was the coastal area of ​​southern Tuscany and western Lazio, they decided to capitalize this region.

The land, often affected by the presence of unclaimed swampy areas, was used for traditional crops. The owners who often resided in the cities or in the major centers, recruited farmers to work the land, underpaying them and often forcing them to a life of hardship, made of fatigue, hunger and poor living conditions, especially during the summer season.
The history of the Maremma is linked to the struggle for survival. Here for centuries malaria and the law of the fittest have dominated.

Peasants, shepherds, poachers, brigands, woodcutters, charcoal burners and cowboys: protagonists of the "bitter Maremma" that popular culture has translated into a song, sad, slow, as slow was the social progress of this area of ​​the peninsula.

Everyone tells me Maremma, Maremma.
but it seems to me a bitter Maremma
the bird that goes there loses the pen
I have lost a loved one there.
My heart always cries when you go there
because I am afraid you will never come back

In Maremma people died in fact. Malaria.
The popular song is from the first half of the nineteenth century. In 1828 the Grand Duke Leopold II of Lorraine began the reclamation of the Grosseto plain to free the territory from the swamp.

The most widespread theory of experts of the time on the causes of "bad air" were the pestiferous exhalations emanating from the swamp. The Grand Duke himself, who went to Maremma said:
"There is nothing more certain, in physics and medicine, that stagnant waters infect the air and undermine the lives of human individuals."

In 1862 about 40% of the Grosseto population was affected by malaria.
Only towards the end of the 19th century was it discovered that malaria was transmitted by the Anopheles mosquito.

To prevent malaria, summer was practiced (estatura) since the 14th century. It was an emigration of a large part of the population that affected the hottest months of the summer. In June, the public offices also moved to Scansano (the country of good air). Grosseto during the summer remained empty and uninhabited, until October, when the inhabitants returned to the city. The extinction was suppressed only in 1897.

But to definitively eradicate malaria, we will have to wait for the remediation of the 1950s. 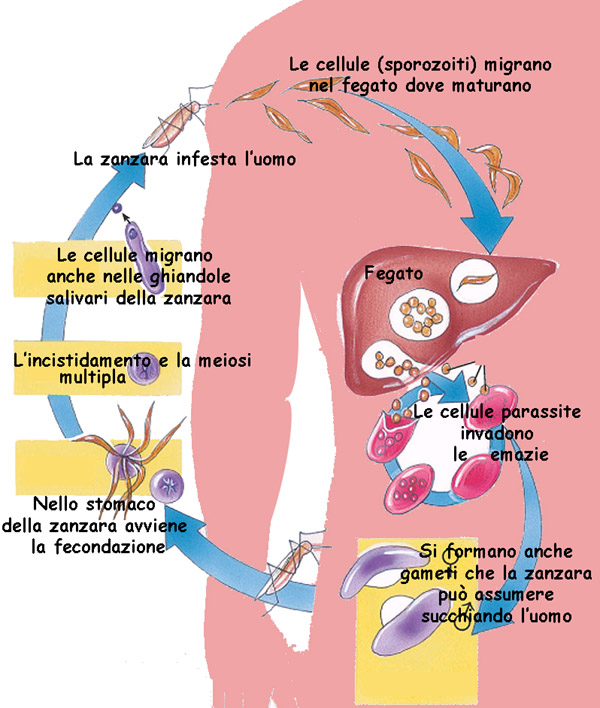 But what is malaria?

Malaria is an infectious disease caused by the Plasmodium parasite. The main vector for the transmission of this parasite is the infected female mosquito belonging to the genus Anopheles. The disease can therefore be transmitted by the mosquito bite only after it has come into contact with a person suffering from malaria.
Before the Anopheles becomes infectious, the plasmodium must undergo a development cycle within the mosquito itself, which can last from a few days to a few weeks.

When the parasite enters the body, it reaches the liver cells via the bloodstream. An incubation period of 7-30 days follows, after which the parasite enters the patient's red blood cells. Then, it multiplies inside the red blood cells giving rise to new generations of parasites every 3 (tertian) or 4 (quartana) days, causing them to rupture within 48-72 hours and leading to the manifestation of malarial symptoms.

The symptoms of malaria appear 7 to 14 days after the bite from the infected mosquito and are of various nature, headache, vomiting, diarrhea (sweats and tremors, etc.), common, at least initially, to those with an 'flu or to other infections, but always accompanied by high fever. The febrile accesses occur cyclically following the same cycle of reproduction and multiplication of the parasite.

The drug that eradicated the disease was quinine. 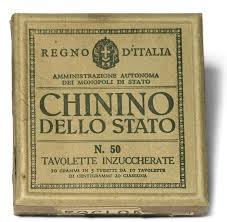 The quinine of the state

The first appearance in Italy dates back to 1612, while a century later Federico Tort would have described and in fact started its medical-therapeutic use in 1906.

Quinine is, to date, the most effective tool against malaria since it quickly eradicates the parasite and causes fever.

The Society for Malaria Studies fought for the state to commit itself to making quinine available as a non-profit operation and constituted one of the very few forms of state intervention in favor of the humble classes.

The law on State Quinine was approved on July 4, 1895 thanks to the parliamentary initiative of Federico Garlanda. Leone Wollemborg was responsible for the law "Measures to facilitate the sale of quinine" of 23 December 1900. Thanks to these measures mortality due to malaria dropped drastically, going from about 16,000 victims in 1895 to 7838 deaths in 1905.

About sixty years ago the latest cases of malaria were recorded in Maremma, while in 1970 the World Health Organization declared Italy an area free from the danger of the appearance of malaria outbreaks.

Exciting to be in the presence of this millennial tree, among the oldest in Europe. A real green monument. The olive of the Witch The...